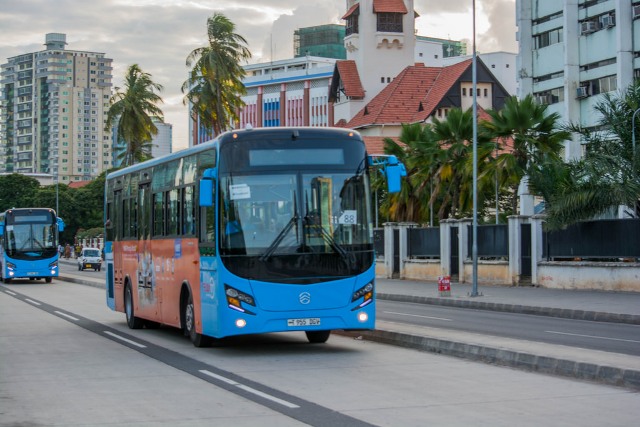 A Bus Rapid Transit (BRT) system in Kenya, along the Thika superhighway through the Nairobi Central Business District to the Kenyatta National Hospital (KHN) area is set to begin construction next month.

This is after the Ministry of Housing and Urban Development signed an over US$ 51M contract with Stecol Corporation for the implementation of the project. According to Charles Hinga, the ministry’s Principle secretary, the contractor is currently mobilizing its workforce to start executing the first phase of the project covering the corridor from Clay works through Haile Selassie Avenue to Kenyatta National Hospital area.

Alongside the development of the two innermost lanes of the highway to accommodate special high-capacity buses and erecting boarding ramps to ease access to the buses, the contractor will also build support facilities such as boarding stations and footbridges.

A park-and-ride facility is also planned for construction at the Kasarani area to allow commuters heading to the city center to park their vehicles and transfer to the mass transport bus for the remainder of the journey.

This phase is projected to be completed within a span of eight months.

The operation of the Bus Rapid Transit (BRT) system

The mass transport project will engage 100 buses with a capacity of about 160 passengers in the initial phase before scaling up operations progressively. These buses will be run by private operators but regulated by the Nairobi Metropolitan Area Transport Authority (NaMATA).

Francis Gitau, the chief executive of NaMATA, said that the buses will be equipped with Wi-Fi and coffee shops and that the passengers will use electronic cards to pay for the services.

“The aim is to introduce a reliable and efficient mass transit system that will attract even those using private vehicles,” explained Mr. Gitau.