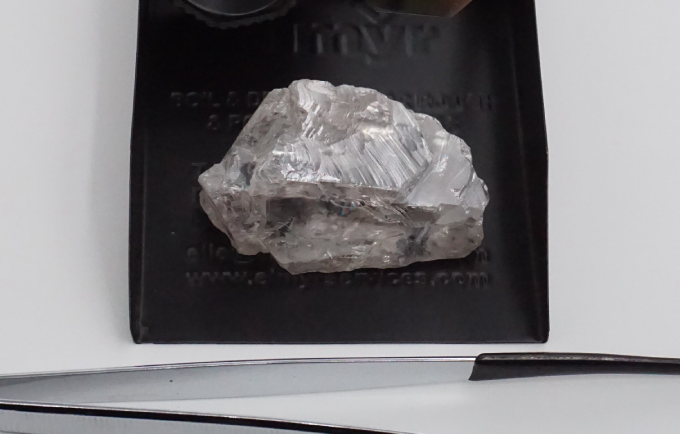 According to Lucapa Managing Director Stephen Wetherall, the recovery of this 171 carat gem-quality white diamond continues to underpin the potential of the kimberlite exploration programme as drilling of the high-priority kimberlites in the Canguige catchment continues.

Read: The Largest Diamonds Mined in 2020, So Far

Lucapa is a niche diamond producer with high-value mines in Angola (Lulo) and Lesotho (Mothae). The Lulo alluvial mine and Mothae kimberlite mine both produce large and high-value diamonds, with >75% of revenues generated from the recovery of +4.8 carat stones.Lulo has produced 15 +100 carat diamonds to date and is one of the highest average US$ per carat alluvial diamond producers in the world.

Lucapa and its Project Lulo partners have also received highly encouraging results from their search to discover the primary hard-rock source of the high-value Lulo alluvial diamonds. The new 1.1 Mtpa Mothae kimberlite mine in diamond-rich Lesotho commenced commercial mining operations in January 2019. It produced > 30,000 carats in its first year of production, including 3 +100 carat diamonds.Lucapa’s Board and management team have decades of diamond industry experience across the globe with companies including De Beers and Gem Diamonds