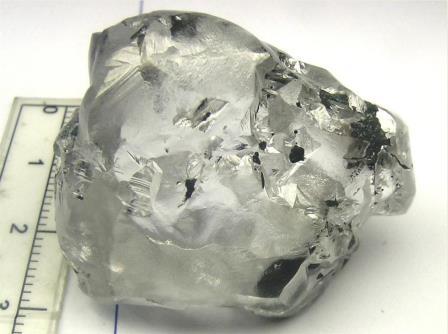 Luanda — Angola produced from January to August this year, 5.3 million carats of diamonds, and until December the target is to reach the mark of 8.3 million carats, which is a dropdown of about 20% compared to the initial estimate, announced last Wednesday the president of Endiama, Ganga Júnior.

For this year, the National Diamond Company (Endiama) had a production target of 10.5 million carats and a turnover of 1.4 billion US dollars.

The 20% drop is due to the readjustments in the exploration sector, in face of the Covid-19 pandemic.

Ganga Júnior, who last Wednesday was the main speaker at the virtual Conference on Diamonds in Angola, said that due to the readjustments, the forecast is to collect revenues of USD 1.1 billion by the end.

He said that depending on the current context, the sector has some stocks of diamonds, whose quantities have not been revealed.

“So far we have stocks of diamonds as a result of weak demand, but recently we have already started to sense an increase in demand”, he said.

Meanwhile, the minister of Mineral Resources and Petroleum, Diamantino Pedro de Azevedo, who chaired the opening act of the conference, highlighted the progress achieved in the past two years, in the Angolan mining sector.

Angola currently has 65 concessions for investment in the mining sector. The sector expects to create, with the new projects, more than four thousand jobs by 2022.

Advanced business meetings have already been carried out by Endiama with some multinationals such as Rio Tinto and De Beers, to invest in the mining sector in Angola.

The conference was held under the motto “Leading the world of diamonds in the new era”. The new governance model for the mining sector, the impact of covid-19 on the diamond industry was also presented during the conference.

The webinar was supported by technical support from the international media group “The New Jeweler” and aimed to present the latest developments and business opportunities in the diamond subsector in the country in light of the current international situation.

Angola is among the main diamond producers in the region, both in carats (4th place) and in value (5th place).

Diamond production in the country comes from kimberlite ores, representing 98% of the total. Read the original article on ANGOP.