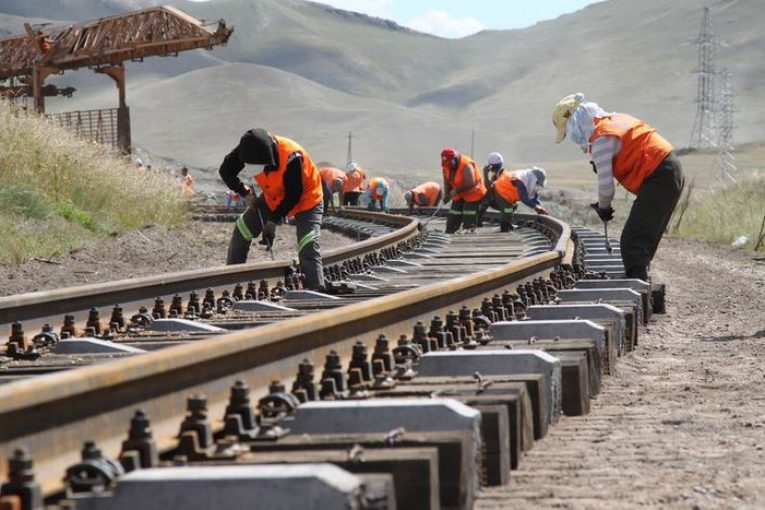 Plans are underway for the construction of the “Angola-Tanzania railway line” which will begin from the port of Lobito in the city of Lobito, Angola to connect with the Port of Dar-es-Salaam, in Tanzania. This was revealed by the Angola ambassador to Tanzania, Sandri De Oliveira at the occasion to mark the Central African country’s 45th independence anniversaries held in the capital city of Tanzania.

The ambassador said that the referred railway corridor will allow for the transit of goods from and to the markets in America, Asia, and Europe that utilize the Atlantic and Indian Oceans.

The route of the envisaged line

According to Ambassador Oliveira, the envisaged railway line would pass through Zambia from Angola before it extends to the East African Country. “In order to have the railway link with Tanzania the Angolan government would construct a new railway line into Zambia that would further link to the 1,860 km Tanzania-Zambia Railway (TAZARA),” he said.The works would entail the standardization of the Central African country railway line that would come from Lobito to Kapiri Mposhi, Zambia, by building a railway with the same standard as that in Zambia and Tanzania.

He further disclosed that the Republic of Angola is ready to carry out at least two experimental trips as soon as the logistical and institutional conditions are created, for which, “we count on Tanzania’s collaboration in this effort,”.

Upon completion, the proposed railway line will significantly reduce the time and cost of transporting goods and services between the two republics. Currently, the largest part of goods transportation takes place by land, where certain patches present difficulties to the users due to the bad state of roads, especially during the rainy season.

Furthermore, the railway line will create numerous direct and indirect job opportunities on both sides and facilitate the exploration of untapped resources such as agriculture and livestock, extractive and manufacturing industries among others, especially in Angola.