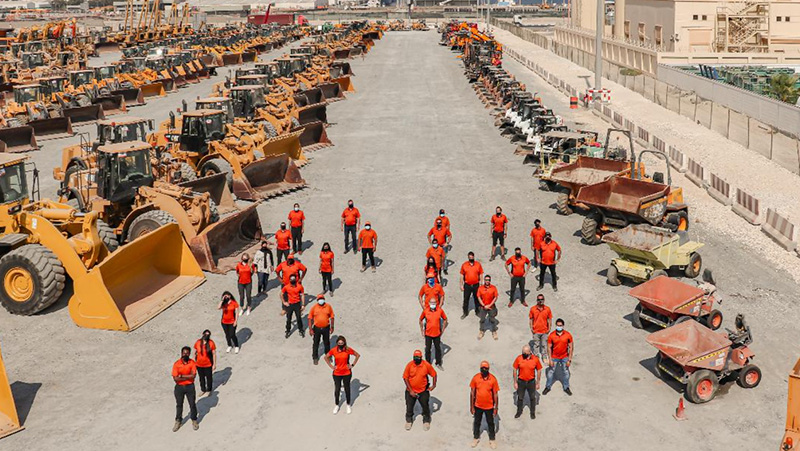 Ritchie Bros. has seen strong attendance at its auctions throughout 2020, despite the COVID-19 pandemic. The September auction in Dubai reported the highest number of bidders of the year and broke a five-year site record. More than 1,289 bidders from 86 countries attended, reported Ritchie Bros. The number of bidding registrations went 32% up compared to the same auction a year ago. Interesting is that there is a large increase in people joining the – now entirely held online – auctions for the first time. Hundreds of new bidders joined the Dubai auctions throughout 2020.

A total of 2,090 lots were sold in the online auction that was open for bidding over several days. The UAE, Saudi Arabia, Kuwait, Egypt, and Iraq were the top-five buyer countries in the Middle East. The USA, Canada, India, Netherlands, and the UK were the top-five outside the region. Concerning the type of sold equipment, the leading asset categories were hydraulic excavators, wheel loaders, all-terrain cranes, crawler tractors, and hydraulic truck cranes. Motor graders, access equipment, SUV’s and other items were also sold in the company’s third Dubai auction of 2020.

Due to COVID-19, Ritchie Bros. shifted entirely to holding its auctions online. In Europe and the Middle East, the company exclusively uses its so-called Timed Auction system, allowing bidders to bid over several days until the auctions close easily. Eduard Faig at Ritchie Bros.: “Our Timed auction bidding system is super easy and fun to use. Bidders have more time and are notified when they’re outbid and when they are in the lead. There’s a lot of item information and photos available on our website, but bidders can still come to our auction site to inspect items of interest before they place bids.”

Regarding the latest auction, Eduard commented: “Our customers here in the region love the onsite auction experience, but online bidding is steadily growing here as well. With our Dubai team’s support, many customers from the region placed their first online bids and were very positive about the experience. We’re already building up inventory for our final Dubai auction in 2020. Anyone interested to sell before the end of the year should get in touch with us to discuss options.”

Ritchie Bros. will hold its next Dubai auction on December 15 and 16.